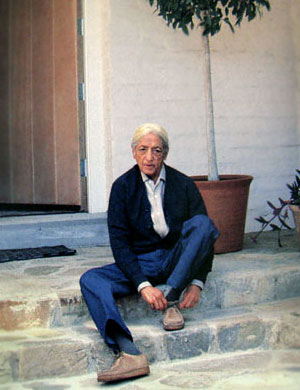 Truth is a pathless land.

Jiddu Krishnamurti (1895-1986) was a philosopher, writer and international lecturer.

Krishnamurti said: "I maintain that Truth is a pathless land, and you cannot approach it by any path whatsoever, by any religion, by any sect."

He was free from conditioning influences of the different systems of philosophy, religious dogmatism, political ideology, intellectual speculation and cultural bias.

When man becomes aware of the movement of his own thoughts he will see the division between the thinker and the thought... the observer and the observed

Jiddu Krishnamurti was born on May 12, 1895 about 250 km north of Madras (Chennai) India. Krishnamurti was raised within the Theosophical Society to become an incarnation of Maitreya, the messianic Buddha.

In 1929 Jiddu Krishnamurti, tapped to be the messianic "World Teacher", shocked the Theosophy movement by dissolving the Order of the Star, the organisation established to support him and began to emerge as one of the 20th century's most iconoclastic and influential teachers. He repudiated not only all connections with organized religions and ideology, but denied his own spiritual authority as well.

Travelling constantly, he also rejected ties to any country, nationality or culture. Although he wrote and lectured widely, he accepted no fees for his talks, nor royalties on his books and recordings.

His aim was to set humanity free. He maintained that the individual is freed by becoming aware of their own psychological conditioning, and that this awakening will enable them to give love to another. 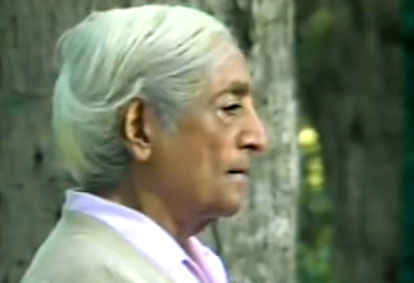 Throughout history rare individuals have broken the traditions... they had encourage and insight to see themselves and world around them in a completely new way. And what they saw changed the world, forever. Watch the video.

Talks and texts of Krishnamurti 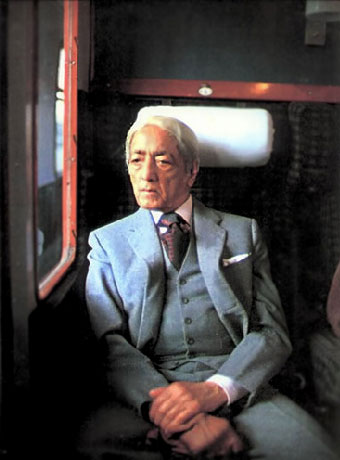 The mission of Jiddu-Krishnamurti.net is to introduce another outlook on life.

This is not a commercial project and all materials on the site are free for everyone, purely on educational purpose. No money asked.

Suggest and share good materials, pictures, send your essays on the topic, tell how to make this site better, email: