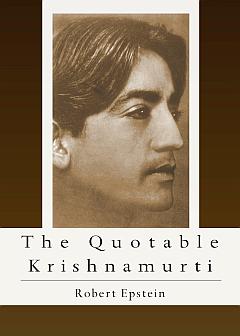 The Quotable Krishnamurti is a deeply moving collection of passages from 20th century’s most revered spiritual teacher. This book captures Krishnamurti’s highly prized, sobering realizations to awaken those earnestly inquiring after truth and transformation.

Krishnamurti spoke passionately on behalf of meditation, vegetarianism, and environmental conscientiousness in daily living for the true realization of liberation and enlightenment. He passionately rebuked violence, decrying both governments and organized religion, insisting they result in conformity, division and fragmentation, rather than harmony.

Now for the first time in an alphabetized anthology, The Quotable Krishnamurti arranges by topic this venerated teacher’s core messages, spanning decades of lecturing and authorship. Subject headings include essential topics such as Awareness, Compassion, Forgiveness, Karma, Love, and Truth. 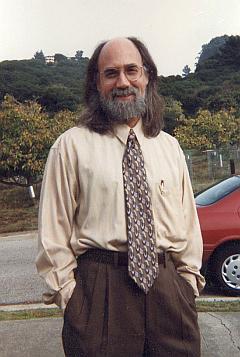 The Quotable Krishnamurti encompasses Krishnamurti’s deepest thoughts, revealing an uncompromising faith in humanity as relevant today as during his first talk nearly 100 years ago.

The editor, Robert Epstein, is a licensed psychologist, haiku poet and freelance writer. Epstein has been studying J. Krishnamurti’s teachings for thirty years. He is the co-editor, with Sherry Phillips, of The Natural Man, an anthology of quotations of Henry D. Thoreau.

The book, The Quotable Krishnamurti by Robert Epstein, is published by Quest Books, the publishing arm of the Theosophical Society, in June 2011.

An excerpt from The Quotable Krishnamurti

Compassion is not hard to come by when the heart is not filled with the cunning things of the mind.

Freedom is at the beginning, and not at the end.

Freedom is not something to be gained at the end of a long endeavor, it must be at the very beginning of the journey.

Karma is not an ever-enduring chain; it’s a chain that can be broken at any time. What was done yesterday can be undone today; there’s no permanent continuance of anything.

Karma is the process of time, the past moving through the present to the future; this chain is the way of thought.