The Unconditioned Mind, Jiddu Krishnamurti and the Oak Grove School. 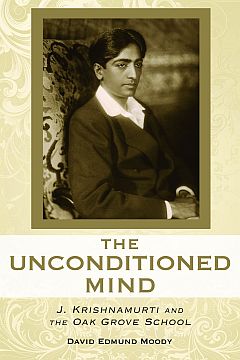 In this thought-provoking account of the formative years of one of Jiddu Krishnamurti's final pet projects; Oak Grove School, an alternative school in Ojai, Calif.; David Moody offers a unique perspective on the psychology behind Krishnamurti's teachings as well as an intimate portrait of one of the most influential spiritual leaders of the twentieth century. The Unconditioned Mind is the first book to openly discuss the dramatic events that occurred during the early years of Oak Grove, and Moody's experience as the first director of the school and a member of Krishnamurti's inner circle presents readers with a vivid history of a school whose main intent is to "uncondition" the minds of its students and teachers.

Krishnamurti, once groomed by Theosophists to become the next World Teacher, founded Oak Grove in 1975 and personally oversaw it for the last decade of his life. He called the conditioning of standard education a "darkness" and aimed instead for holistic instruction that would free the mind. In The Unconditioned Mind, Moody recounts their close work together and explains Krishnamurti's ideas with splendid clarity. He also recounts how those ideas sparked competition among the staff, producing a complex force-field that challenged Moody to the utmost. The resulting drama, and Krishnamurti's involvement in it, forms the core of this insightful narrative. 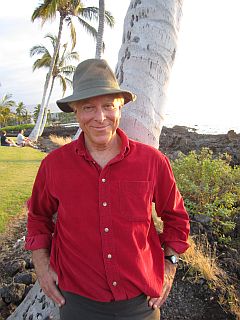 The Unconditioned Mind also offers a rare inside look into Krishnamurti's own teaching methods. David Moody explains in detail the many ways in which Krishnamurti attempted to convey the essence of his philosophy without the exercise of any form of psychological authority, and the resulting struggles Moody and other professors faced trying to implement this philosophy in the classroom. The Unconditioned Mind is a balanced and refreshing mix of the history, psychology and philosophy behind Oak Grove School.

David Edmund Moody is a southern California native. He attended undergraduate school at UC Berkeley and received his Master's Degree in Political Science at UCLA. In 1975, Moody was the first teacher hired at Oak Grove School in Ojai, Calif. He served as educational director from 1980-1984, and from 1984-1987 he served as director of the school. During his time as director, the school experienced the death of its founder, J. Krishnamurti. After he left Oak Grove, David Moody returned to UCLA and received his Ph.D. in Education. His dissertation focused on cognitive obstacles students encounter in their efforts to understand the theory of evolution. Portions of his research have been published in the journal Science Education and in a book he co-authored, Mapping Biology Knowledge (Kluwer, 2000). Moody is currently director of the private tutorial service Mind Over Math and a mathematics and science instructor with Laurel Springs School.