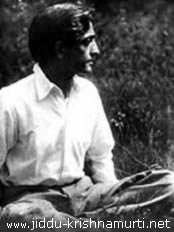 Though in each of us there is a large element of selfishness, there is undoubtedly also a Divine gift that we should all be able to give. The selfishness lies in the pleasure that we desire to feel from what we give and the Divinity consists in giving selflessly, in the feeling of devotion and in the feeling of affection. Each one of us has that faculty of giving, either through selfishness, or because he is big enough to give for its own sake and for its own value, and those that give with both hands and heart, must have some inner urge that forces them to embrace and give, and to withhold nothing. When one gives in that way there is always at the background an intense belief, either the belief in an Ideal or the belief in some Teacher. So it must be with each one of us. If we give, we must give either because we love some one, or because our ideal is so strong that we are willing to give ourselves; or we must give because the future counts on us and we can withhold nothing. We can withhold nothing because we believe and believe strongly. The belief of such an individual is of great value, because it is stronger than the personality, stronger than the individuality and stronger than selfish desire, and to have such a belief we must have an Ideal big enough to sweep all before it. You cannot have a bigger motive or a belief than in the Coming of a Teacher.

Because we have that belief we are bound to evoke in ourselves the longing to be like Him. It is an easy matter if you have such a belief to act. But belief comes first either because we have suffered or desire to see others who are suffering, happy. If you see a plant or a tree dying, give it water, if those around you who are starving, you must nourish them; you must give happiness to those who are unhappy.

The belief in the Coming of a Great Teacher provides such nourishment to our imagination and to our affection. But we often ask ourselves what we can give to make our ideal so strong that it will make others happy. No one requires anything but our services. We should be able to give ourselves entirely. We should have the intense desire that forces us to give ourselves. What is it that we can give? It is first affection, the affection that you show to your brother, to your father, to your wife and to your children. That must be given to the Teacher and especially to the Teacher that you have found in your neighbour. The affection that comes forth when you see a bird singing or a bud blossoming, the affection that creates, the affection that helps, the affection that is efficient and not merely visionary or dreamy, such an affection is latent in each one of us. We must kindle it, we must awaken it, either through suffering ourselves, or by having such a vision, such openness of heart and mind that you long to make others who are suffering happy.

Each one of us has something of such an affection. But it is limited to our family, limited to our neighbours or to our nation. There is always limitation. We must transform that affection into something magnificent, into something glorious, and this only comes when we believe in an ideal, in the Master. For without affection, enlargement of feelings, of devotion is absolutely impossible.

You must have first the quality of affection, so that by degrees, by slow process of time and by watchfulness, it increases and becomes whole and not incomplete. That is the first thing that each one of us must give, give from the fullness of the heart, withholding no particle of its matter. As long as we have affection we can give.

The next thing that we must have the capacity to give is devotion. It is in the nature of every person, civilised or uncivilised to show respect to something greater than himself, to give devotion, to have humility in front of a gigantic personality. It happens with each one of us that when we see a mountain or a magnificent tree, in blossom, or tender leaves in Spring time, when we see some big individual full of enthusiasm, full of sacrifice, full of love for others, we feel devotion, to them we show our respect.

The respect that a Master shows to a disciple, the devotion that a mother has for a child, such a devotion we can all give, and though it may be small or big, we can make it evolve, make it grow so that it leaves us whole and clean and purified.

In the old Testament it is told of the terrible state of the people of Jerusalem and of their sin and their sorrow and the misery of the land and so on. I find that all these conditions apply equally to our countrymen. Those of us who have not, do not know how to expect or how to spend what is given and those of us who have, do not give. We worship at temples, we have a caste system, we have ceremonies innumerable and yet none of us have the greatness to give with our whole hearts. Those of us who are Indian and those of us who are foreigners together can help to make India the country beloved by Gods. If you look around you can see how low we have sunk, not knowing how to lift up our heads. This is no pessimism, nor is it that we have not the capacity to rebuild. But we have not the desire to give nor the spirit of sacrifice which withholds nothing. In each one of us there must be born the ideal of the Teacher, so that we can give with greater power and with greater certainty. We are willing to give when asked; we are willing to make sacrifices and if the Master asked us to throw ourselves into the river, I am sure there would be many to obey. But a time must come and, I think it has come now when each one of us must of his own accord, give whatever he has, whether he is rich or poor. We have the capacity to give and yet we withhold, because we have not realised the ideal sufficiently, we have not seen the vision clearly so that we can give, and give entirely.

Take the various customs that in India each one has to face, the customs and traditions. In what way do we give to the country instead of merely following tradition? In what way do we bring the vision that we have seen down to the ordinary life of an individual?

Look at the way we treat our children. The older people do not understand the younger. Whose fault is it? It is our fault because we have not learnt to give.

We have heard all these things time out of number. We have realised them when in the company of Nature and yet we have not had the courage or the strength to give, to give so that we recreate instead of merely following and following.

We must sacrifice self in order to become Teachers, followers in miniature of the great Teacher. When we have learnt to give, we shall be able to co-operate with the Teacher, with the Master. We keep our devotion, our affection and our self-respect within four walls carefully guarded. We look at them occasionally, instead of utilising them so that other people may be benefited. What is the use of being Star members or Theosophists if we do not use our knowledge to make others happy, to make a person sorrow-ridden see the sunlight, the Evening Star. What is the outcome of all such teachings! We have not the capacity to take the individual away from himself and force him to see that something exists greater than the self. And yet constantly we preach to the converted, and constantly the converted recognise their folly. How can it be done unless we are ourselves fundamentally great. How can we admire a picture or a piece of music, or a drama if we have not the faculty to appreciate. We have not understood how to learn what is in front of us. We are always turning our back to the light of Wisdom.

We are too unwilling and too unintelligent to come out of that dark shadow out into the bright light where we can understand and see and learn. For we must learn with the greatness of the mind and with the greatness of affection. For us who are Star members a new year has come for all of us. What shall we do in it and what is our duty who have seen the vision? Our duty is to give, to give that which we know to others, that ideal which will make them happy. The knowledge we have should make us the happiest people in the world and because of that happiness we should be able to attract others to our ideal.

Jiddu Krishnamurti. Discipleship.
As printed in the June 1925 issue of The Herald of the Star magazine.